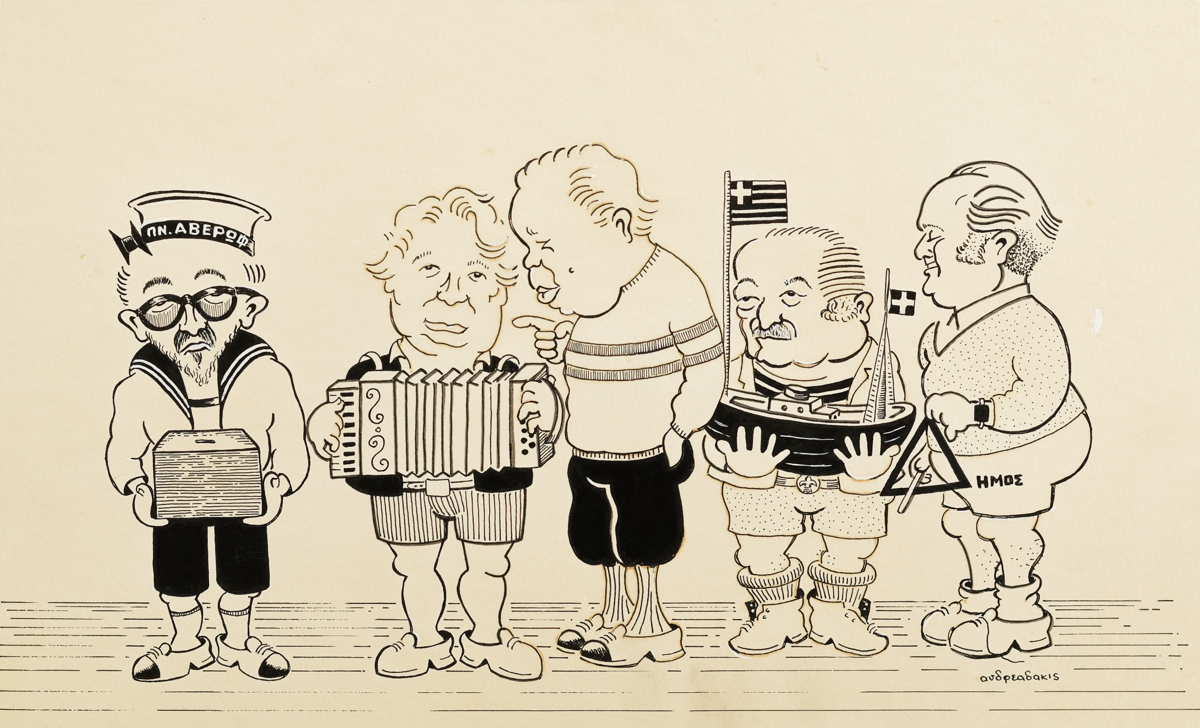 Giannis Andreadakis was born in Heraklion, Crete in 1928. During his school years he showed interest in drawing and painting. He worked as a cartoonist, and was a long-time contributor to the local newspaper Allagi.

Some of his works appeared in the Athenian Press. He exhibited his works for the first time at the Basilica of St. Mark in Heraklion in 1966, and then again in 1983. The Vikelaia Municipal Library of Heraklion published an album with his works (Τ’Ανώδυνα – Περιπαικτικές μαντινάδες κ.α., edited by N. Giannadakis, 2009). Giannis Andreadakis died in 2014 in Heraklion, Crete.