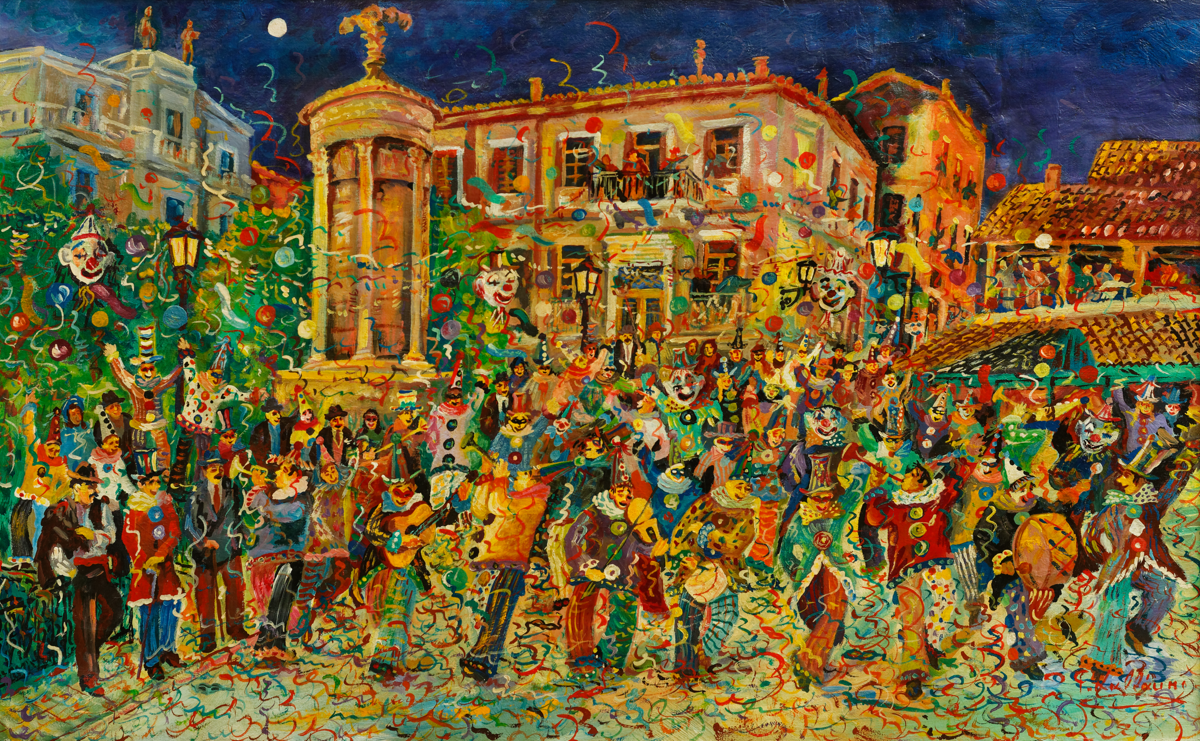 Georgios Savvakis was born in Athens (Psyrri district) in 1924. He became a self-taught painter during his school years and in 1956 he started producing murals in traditional taverns of old Athens, mainly in the district of Plaka.

In the mid-1960s, he travelled to Switzerland, where he lived for a short time. In 1973, he started painting on a canvas and he held his first solo exhibition at “Diogenis” art gallery in Athens. Since then he has held many solo exhibitions, both in Greece and abroad, and has also taken part in several group exhibitions.

He was made an honorary citizen of a small French town in which he painted. In 1991 he was named “Chevalier de l’Olivier” by the Confrérie des Chevaliers de l’Olivier, in recognition of his work. He died in 2004.