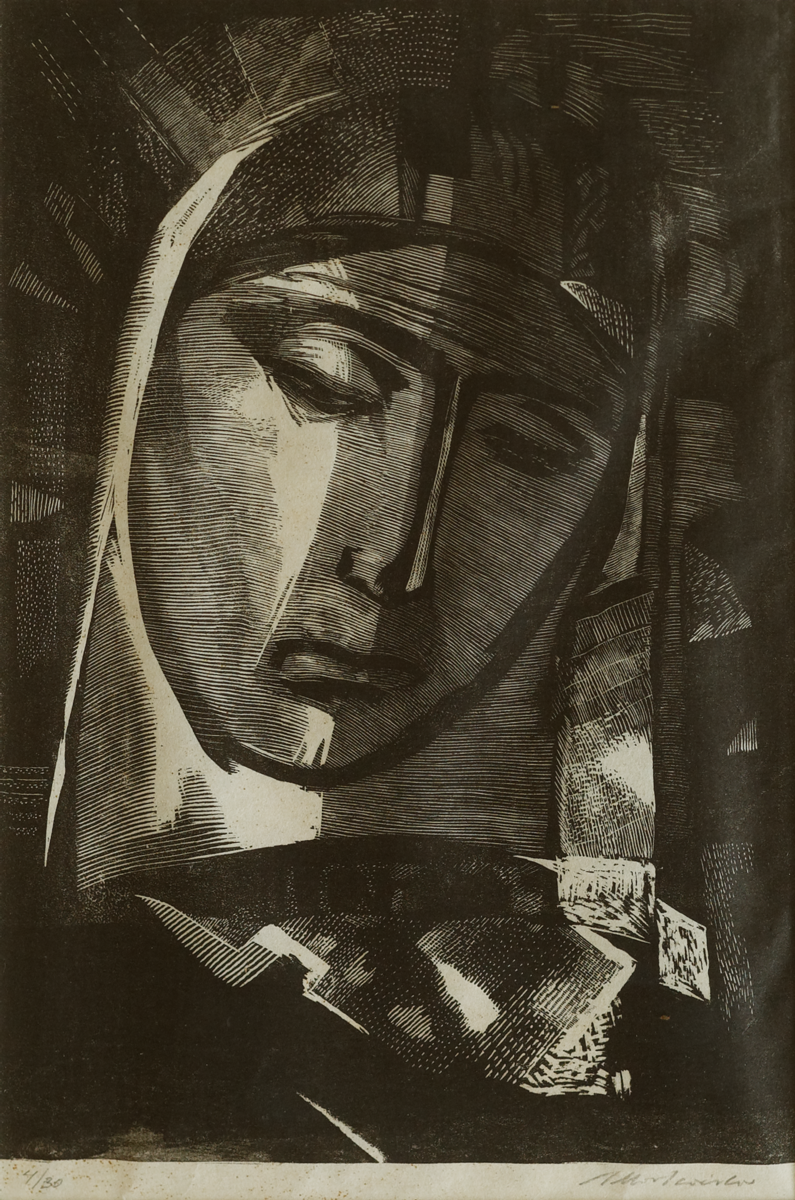 Louisa Montesantou was born in 1917 in Athens. She studied painting under K. Parthenis and engraving under Jean Kefalinos at the Athens School of Fine Arts (1937 – 1941), and specialized in book art. She collaborated with Jean Kefalinos in the publication of the album Ten White Lekythoi of the Archaeological Museum of Athens (1955 – 1957) and in 1949 and 1975 she undertook the illustration of elementary school textbooks.

She presented her work in several solo and group exhibitions in Greece and abroad and took part in major international events including, the 1959 Alexandria Biennale, the 1963 Sao Paulo Biennale, the 1964 Lugano Biennale etc. She also participated in large tributes to Greek post-WWII engraving (Ora art gallery – 1980, National Gallery – Alexandros Soutsos Museum – 1988, etc.). In 1959 she was presented with the first Greek National Tourism Organization award for producing a tourist poster. She died in 2007 in Athens. She was a member of the Chamber of Fine Arts of Greece.