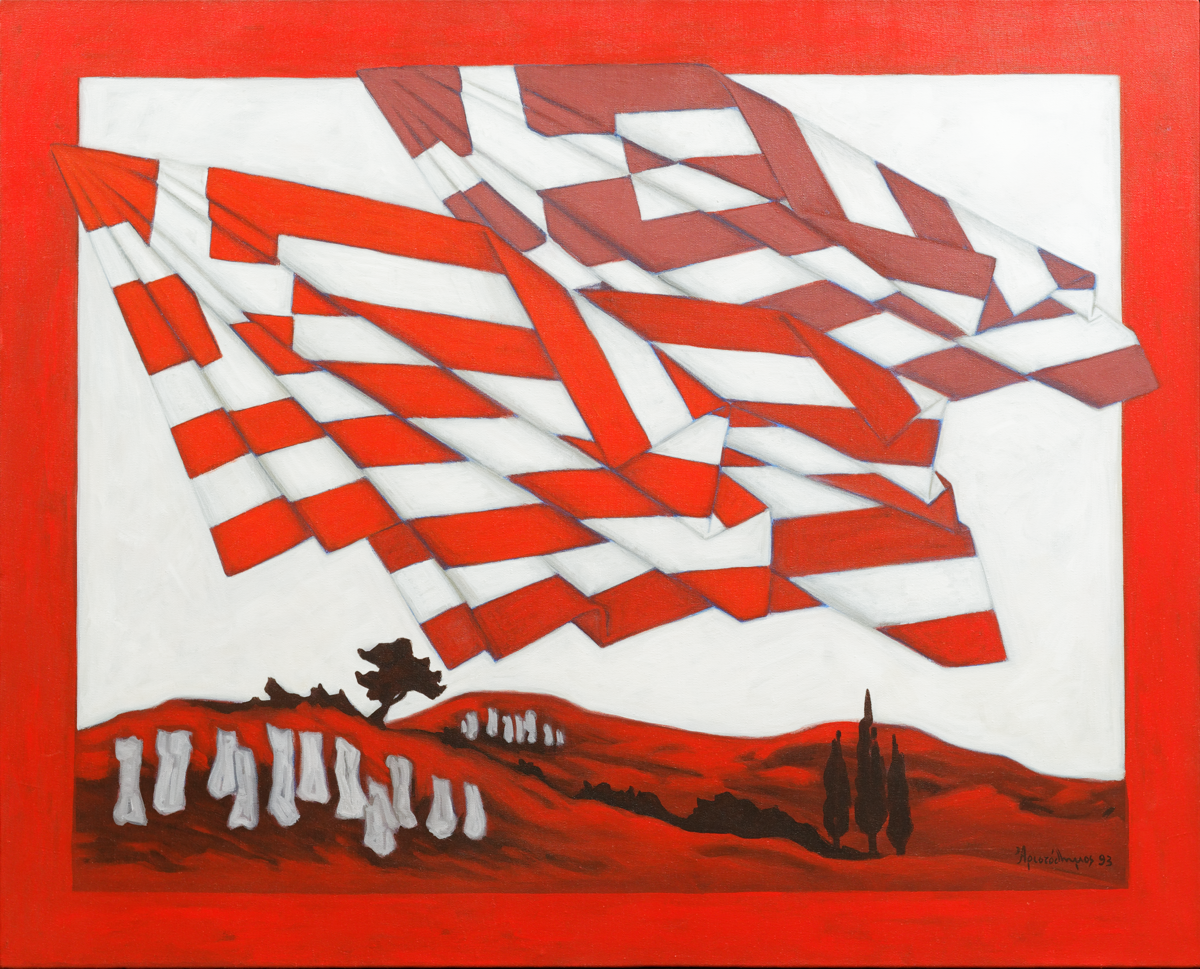 Aristodimos (Papadakis) was born in Vori, Heraklion in 1933. At the urging of Nikos Nikolaou, he attended classes at the Athens School of Fine Arts (1967 – 1970).

He has taken part in many group exhibitions in Greece, Cyprus, Czechoslovakia and England and has held several solo exhibitions mainly in Crete and Athens. He took part in the Pancretan and Pan-Hellenic art exhibitions and participated, among others, in the exhibition organized in Bratislava in 1972 which was dedicated to naïve artists, as well as in the large exhibition “Solidarity to Armenia” organized by the National Gallery – Alexandros Soutsos Museum and the Pieridis Gallery in 1989.

He taught painting at the Prefectural Committee of Popular Education of Tympaki, Crete and he also decorates the interior walls of churches with religious scenes in Crete and works as a book illustrator. In 1978 he was presented with the “N. Kazantzakis” award by the Municipality of Heraklion.